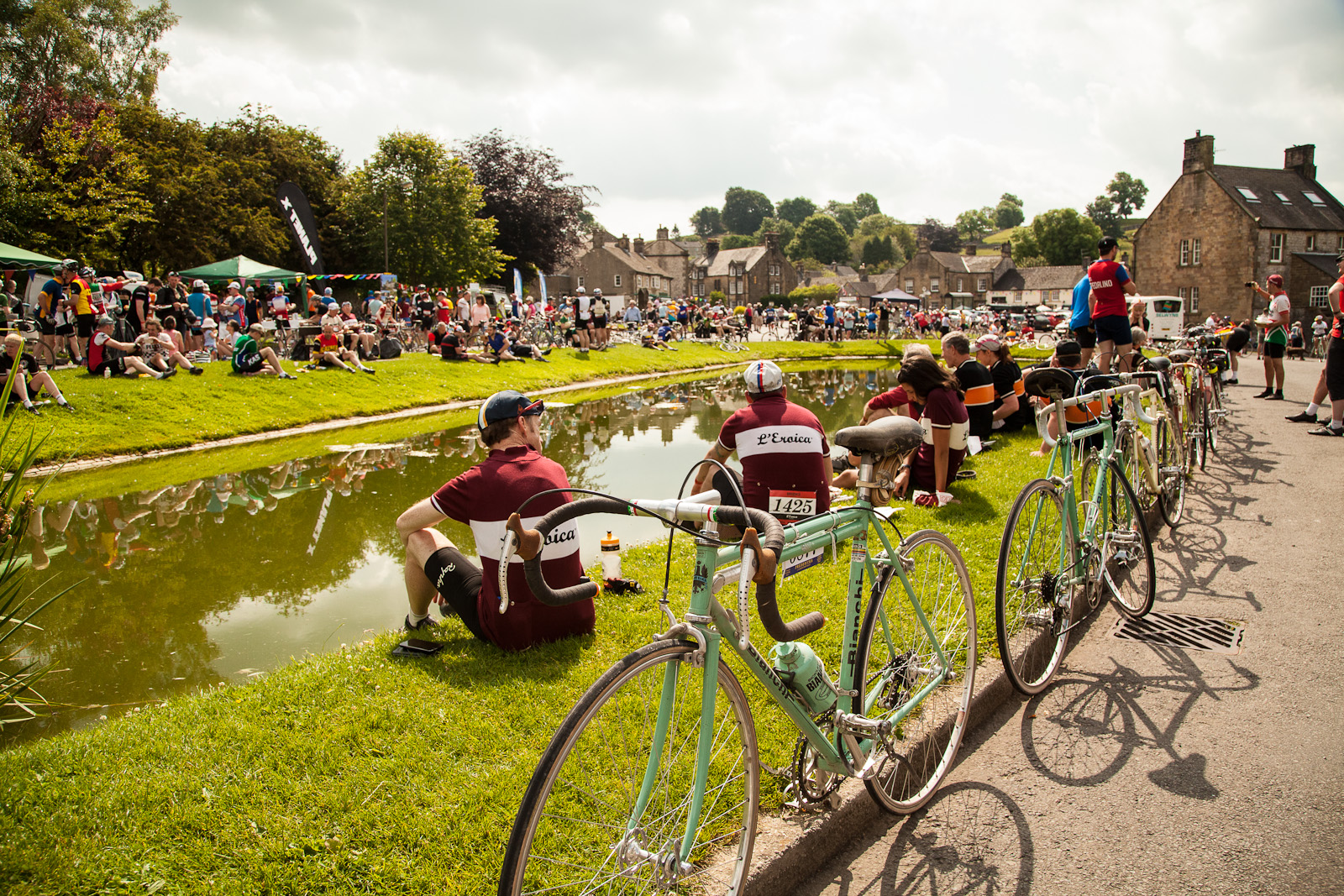 The Bike Show and the cycle clothing company Rapha share a birthday, and while The Bike Show keeps on keeping on, Rapha has grown into a global brand and is toasting its success on the Champs-Élysées as suppliers of clothing to the Sky Pro Cycling Team. Jack checks in with Laura Bower and James Fairbank at Rapha to talk about Chris Froome’s fishnets and what the company is doing to encourage more women to ride bikes. Summer is festival time and Jack chews over the Rapha Tempest and the Eroica Britannia with Howard Smith, author of The Jersey Pocket cycling blog.

Tomorrow’s the London Cycling Campaign Big Ride, which aims to be the biggest ever mobilisation of cyclists (and pedestrians and rollerstakters) on the streets of London. There are feeder rides from every corner over the capital, read about them here.

If you want to join a probably small but perfectly formed Bike Show peloton, then join us for a gentle roll into town, with a cafe stop en route and a pint and a bite afterwards. There’s too much fussin’ and fightin’ on the streets of this city. To bring a little peace and harmony we’ll meet at the wonderful Buddhist Peace Pagoda by the River Thames in Battersea Park, at 10am.

If you’re coming, let us know in the comments. Or over on Facebook. Image courtesy of the Breeze Network

To mark International Women’s Day, a discussion of women in cycling, from bygone days of the Rational Dress Society of the late Victorian era to Britain’s twenty-first century successes in competition on the track and on the road. With all the progress that’s been made, we ask why women are still three times less likely to ride bikes than men. Jen Kerrison and Jack Thurston are joined by Ann Kenrick, a trustee of the London Cycling Campaign and Natalie Justice of the Breeze Network at British Cycling.

The Cycling to Suffrage exhibition at the Women’s Library in London opens on 21st March.

Morning trains from Liverpool Street take just over half an hour to get to Chelmsford. From there we’ll ride on quiet back lanes through rural Essex to Mersea Island. A lunch of oysters and other shellfish at The Company Shed (bring own bread and wine, and possibly an oyster knife if we go for a picnic option because it’s busy inside). Suitably refreshed, it’s just a short ride across the island to the Mersea Stone where the brave might take a dip in the salt sea before heading back up the River Colne to Colchester and a return train to London.

The ride will be at a leisurely pace and in the region of 45-50 miles.

With Group Save tickets or Network Railcards the train journey will cost about £13-15 per person for the round-trip.

If you’re coming, let us know by filling in the form below.

Ripley is a beautiful village in Surrey that has a special place in the history of British cycling. The Ripley Road was a popular course for bicycle rides in the late 19th century and the Anchor Inn at Ripley was the favoured haunt of early wheelmen. Read all about it in Carlton Reid’s feature-length article on the Ripley Road.

The Anchor at Ripley - Courtesy of Send and Ripley History Society

Nearby Wisley Woods was the scene of women’s bicycle rallies in the first decades of the twentieth century.

Ripley is also home to the best cycle jumble in the country. The next one will be on 15 September and we’ll be riding down from London for the occasion.

An early start is needed to ensure a good pick of the bargains at the jumble, so we’ll depart from underneath Admiralty Arch (near Trafalgar Square) at 8am, following an efficient route through South West London, more or less the Olympic road race course (View & download GPX etc) which is on entirely passable but sometimes busy roads. It’s 45 kilometres and it’ll take a couple of hours. We’ll arrive at Ripley for mugs of tea, bacon sandwiches and bread pudding.

For those who prefer to get to the jumble early or don’t fancy a brisk Saturday morning ride, you can take the train from Waterloo to Woking (20 minutes) from where it’s a gentle 8 km ride to Ripley. Anna and Fenn will lead the ride from Woking. Meet under the clock at Waterloo Station at 9.15 for a train shortly after.

After a browse of the stalls at the jumble we will take loop around the lanes. And a pint at the Anchor. We’ll make a lunch stop but do feel free to bring a packed lunch. Then a return ride to London, by the slow route. Or, if you’re laden down with bargains, take a train back from Woking. Feel free to decide on the day.

If the start is too early or you don’t fancy the ride through London, then by all means take train some of the way down or meet us en route.

If you’d like to come, please fill out the form at the bottom of the page. Morning mists on the road to Ripley Cake at the jumble Finding a bargain at the jumble

In 1892 a young accountant from t, USA, quit his job and set off to cycle solo around the world. Frank Lenz rode a Rover Safety Bicycle, a revolutionary new design that would soon consign the traditional high wheeler – or penny farthing – to obscurity. It was the birth of the bicycle as we know it today. And Lenz is one of the pioneers of cycle touring. Cycling historian David Herlihy’s latest book tells the story of his courageous, extraordinary and ultimately ill-fated journey.